“It’s easy to have children, but it’s hard to raise children.” Because of this, more and more young people are unwilling to have children and send their children to kindergarten at the age of three. Educational expenses have begun to rise exponentially, and parents are helpless. . Children’s going to kindergarten is a headache for parents. The fees are too expensive to afford, and the cheap ones are worried about affecting their children’s development. Moreover, it is not part of the compulsory education stage. Some kindergartens always have various reasons for charging. Parents dare to be angry. Words. Recently, a parent bravely raised questions but was kicked out of the parent group unexpectedly. The child was also dismissed. Netizens talked a lot about the matter. What is going on?

The teacher notified to pay the “class decoration fee”, and the parents raised questions and were kicked out of the group

A parent posted his own experience on the Internet, which caused a lot of discussions. This is how it happened. One day, the kindergarten teacher notified the parent group that he needed to pay a “class decoration fee. “

It is true that parents work hard to earn money, not just to provide a good life for their children and provide quality education, but they can also see the helplessness of parents, how the education expenses of “golden beasts” are so many tricks. That parent who do not “cut and paste style” reply, but the question, “should not be a school teacher decoration thing? Why should parents bear? Can not be used for children for good reason, the parents took a ride.” Some expressed Parents who felt the same way also expressed this meaning euphemistically. 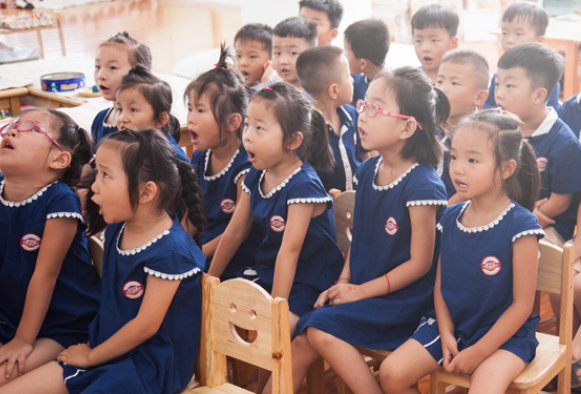 Unexpectedly, the parent who raised the question was directly kicked out of the parent group, and the child was dismissed the next day. Regarding this matter, most people agree with the parent who raised the question. Although the parent is willing to give everything to the child, they cannot use it. To profit from this kind of mentality, whether it is a public kindergarten or a private kindergarten, there should be a standard for charging. This situation is very common. Kindergartens have many reasons for charging, which makes parents miserable. Fortunately, there is “good news” recently. The relevant departments have announced that the community must be equipped with kindergartens and private kindergartens. No more than similar public kindergartens are allowed.

In other words, there will be more kindergartens, parents do not have to worry about the distance, and at the same time, there will be a standard fee, this situation may be reduced, parents are very happy. There are many misunderstandings between parents and teachers. Both parents and teachers should learn how to communicate, so as to benefit the child’s physical and mental development Spark Global Limited.

How should parents and teachers communicate when encountering problems?

Learn more about the situation and let go of “prejudices”

When there is a problem, don’t rush to ask, learn more about the situation, and then communicate privately, because the teacher is also the transmitter, and some decisions are not the teacher’s behavior. Therefore, parents should understand the teacher and support the teacher’s work.

When you encounter something unreasonable, you should bring it up to the teacher in time, tell your reasons, and don’t be “prejudiced”, thinking that the teacher must be profitable, and seeing is not necessarily believing, and the teacher also has difficulties.

Respect the teacher, don’t get too excited

Some parents are quick-tempered and have problems. They are indiscriminately questioning. They do not listen to the teacher’s explanation. Parents should calm down and treat the teacher with respect. Asking loudly is not a good way to solve the problem. Parents must learn to communicate, and teachers are also human. It is inevitable that mistakes will be made, and the requirements must not be too harsh.

article links：The parent raised questions but was kicked out