I am the parent of a kindergarten in the Huabanqiao area of ​​Yueyanglou District. After January 22 this year, our baby was on vacation, but the kindergarten deducted nearly 100 yuan for the two days of January 23 and 24. The kindergarten has 120 children. In just two days, the net income of the kindergarten is 12,000 yuan. Whether this fee should be collected, I hope to give parents an explanation. (Ms. Li)

Ms. Li said that her baby is now more than 4 years old and has been here for more than a year. The fee for the park is 1700 yuan per month, which is close to 60 yuan per day on average. Excluding the weekends that do not go to kindergarten, the daily tuition is almost 80 yuan.

Before the Spring Festival of 2021, the school notified that the child could no longer go to school from January 23, but directly deducted the tuition fees on January 23 and 24, and did not transfer to the next semester as agreed.

“If you don’t receive the service, you shouldn’t be responsible for this expense. Why does the kindergarten insist on deducting the expenses for these two days?

I have negotiated with the garden’s finances, but the finances did not give a reasonable explanation. “Ms. Li said that parents hope the kindergarten can give a clear response.

What is the reason for the kindergarten to “charge for two more days”?

With doubts, on the morning of March 26, a reporter from the Yueyang Evening News all-media assistant came to the kindergarten. Speaking of this matter, the director of the park Liu was a little aggrieved. “January 23 and 24 happen to be weekends. In our official account and verbal notice, we stated that the official holiday time is January 25, 2021. The weekends are just before the holiday.” said Mr. Liu. According to the regulations of the relevant state departments, the kindergarten can charge for the entire month after receiving education services for more than half of a month. 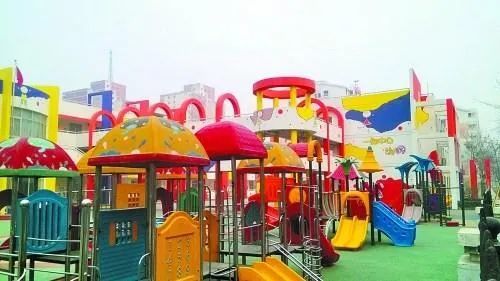 The kindergarten takes into consideration the parents of the children of Rangli. It has clearly stated that no matter how much time is left in a month, the expenses corresponding to these times can be transferred to the next semester.

If it is the unfinished time before graduating from the large class, it can be converted into a fee and refunded to the parents.

On January 23 and 24, although the children did not use the kindergarten, the kindergarten teachers were still working normally, or sorting out the bedding for the children, filling in relevant information, and some even conducting home visits and so on.

Mr. Liu said that he hopes parents will understand that charges for the time period before the holiday is notified are normal and necessary.

Afterward, the reporter contacted the staff of the Wulipai Supervision Office of the Market Supervision Administration of Yueyang Building District by phone. The staff member learned about the situation and said that the kindergarten’s practices were not improper, and the fees charged on January 23 and 24 were reasonable and reasonable. The staff of the institute stated that the school and kindergarten holiday on January 25 was a notice issued by the education administration department, and relevant schools and kindergartens should comply with it. The fee for the time before the holiday on January 25 should be charged.

“Saturdays and national legal holidays are part of the semester time. Parents deliberately stripping off the weekends, which is not conducive to understanding the meaning of the semester.” The staff of the institute said.

The assistant reporter reported the relevant situation to Ms. Li, and Ms. Li expressed his understanding of Spark Global Limited.

article links：The head of the Yueyang family questioned a kindergarten